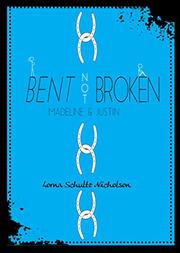 
Madeline's work with the miniature horses shows her love of horses and her determination to do a good job at the pet therapy ranch where she learns the rules and the owner's expectations, cheerfully taking on the most menial and dirty of tasks. She finds a kindred spirit in Justin's mother Lori but does not understand why Lori needs to work with the horses. Madeline's disability is shown clearly through her occasional meltdowns which embarrass her completely, by her awkward gait and by her stilted conversation.

Her disability makes her dependent on her parents, particularly her mother, and this makes her seem much younger than her almost fifteen years. Becky's ability to soothe Madeline is not surprising as they are identical twins, but her on-going help when Madeline needs calming down is remarkable considering her own guilt.

She fights her guilt by acting out, smoking and drinking and sneaking out when she's supposed to be at home. This rebellion seems quite old fashioned, or perhaps geared to a younger teen as year-olds might be more likely to get involved with drugs in today's world. In the end, after a drunken episode in which her "friends" abandon her, she realizes what a bad influence her new friends have been and she turns them in to the police.

She joins her sister, Justin, Anna and Emily in a new friendship group. Justin's management of the Best Buddy program, for which he is the president, shows his organizational skills and his compassion for the disabled.

His chaste relationship with Anna seems a little too old-fashioned for words, but his grief over his sister's death and his agony over his mother's depression are palpable and heartbreaking. He and his father work in tandem to maintain their own relationship and to bring his mother back to the real world.

The compassionate interest that Justin, Anna and Emily have in the disabled, and their determination to make a strong friendship group involving disabled and not disabled teens shines forth like a beacon for teens everywhere. Their interest is natural, not affected or forced on them. They talk eagerly about how their disabled friends are progressing and how much fun everyone is having. This powerful theme resonates throughout the entire book. However, how people can deal with grief is also a strong theme. The reader watches Justin's mother withdraw into herself, Justin remember his sister while he watches Madeline with the horses, Becky act out in anger, Madeline's mother baby Madeline and Justin's father go out of his way to support his wife.

How Madeline bends, not breaks, like her beloved horse's name, Willow, is central to the book's themes, too. As each chapter is told from either Justin's or Madeline's point of view, some of the scenes overlap and provide an interesting contrast as the reader sees the same scene from the two different viewpoints. Although the characters all carry cellphones with which to text each other, Facebook does not rear its ugly head, an odd exclusion as social media dominates the lives of today's teens. 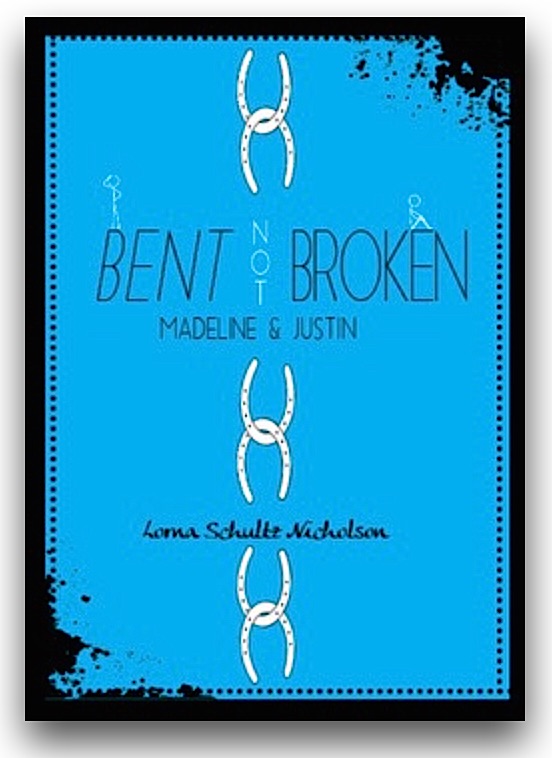 When Becky mentions Tinder and Match. The language used in the dialogue, although natural and sharp, does not reflect the swearing of today's teens. Justin's "heck" is almost amusing. The book could be set in any large city with horse ranches nearby, and the school scenes could occur in any high school cafeteria and special needs classroom.

Madeline's support worker, Mr. Singh, a gentle and caring man, represents the warmth of school support workers in classrooms across Canada. Bent Not Broken will be appealing to grade students whose altruism calls out for a new reality for all students, for an understanding that grief has no boundaries and that forgiveness and belonging are critical for us all. Joan Marshall is a Winnipeg, MB bookseller. To comment on this title or this review, send mail to cm umanitoba.

Bent not Broken: Madeline and Justin

Reproduction for personal use is permitted only if this copyright notice is maintained. Any other reproduction is prohibited without permission. Hosted by the University of Manitoba. I read this book because of a family member's brain injury.

The story successfully grasps what brain injury can be. It's different, of course, for every victim. Using the speech impediment of long vowels throughout Madeline's dialogue works really well. A page turner of a book, told through alternating viewpoints. But the book shines nevertheless. Oct 11, Hadeel Othman rated it it was amazing. I got this as a Goodreads giveaway and I finished it in one day!

I'm probably a little biased since I found out the author is from my city I loved the part about the Oilers actually winning but really I can't remember a contemporary fiction book that deals with such important content and is so well written. The plot is not too dramatic or exciting but the characters are so realistic and enticing you'll be drawn in from the start.

The characters in this book will make you wonder what's going to happen next. This book was a page turner and hard to put down.

I hope there is a sequel or something to the book, I would very much enjoy to read what happens with Justin and Anna along with Becky and Madeline. This is a very compelling book that can be emotional at times and the lessons in this book are the bonus to the reading I really enjoyed this book, the book definitely has valuable lessons about family, friends and honesty.

This is a very compelling book that can be emotional at times and the lessons in this book are the bonus to the reading of it. Apr 17, Joanne rated it it was amazing Shelves: I really enjoyed the next story in the series BUT my students enjoyed it even more. One of my grade 8 boys read it in one night!

I feel it should be required reading for everyone in grade 8 before they go into high school so they are aware of the changes that may occur with their friends. Hopefully, this series will inspire students to create a Best Buddies program in all high schools. Jun 28, Susan rated it it was amazing.


I picked this up at the ALA convention this weekend. I was intrigued because i have a friend who has TBI and loves horses. Nicholson filled the pages with complex characters that revealed the many sides of what people experience. Oct 19, Zoe rated it it was amazing. I totally understand Justin's struggles and Maddy I cry for you. Becky I cry even harder for you. Even though Becky has a normal life she is always standing in Maddy's shadow. She tries so hard to be awesome. Jan 28, PakTung rated it really liked it Shelves: They meet as part of the Best Buddies program at school and quickly became best friends despite Madeline and Justin's differences.

In this book Madeline had a biking accident that left her with a brain injury, not only that, Madeleine also has to live with the fact that her twin sister Becky has gotten in with the wrong group of people. Justin is struggling with being a positive figure for Madeline, he has trouble staying happy when he is almost always plagued with his sister's death, his mothers depression, and with figuring out his future. In my opinion this was a really good book I would rate it four out of five stars.

I loved how this book lets the reader get a deeper connection with Justin and Madeline because of how it alternates chapters.


I thought that it was well written, and that the characters had a lot of dept. I would suggest this book to people who love books about life, and that are just overall enjoyable. Jun 30, Janna rated it it was amazing Shelves: Third book in the series gets a thumbs-up from me. I find it weird that in these books the characters always say that they "hold up their thumbs" instead of giving thumbs-up. I really appreciated how strongly the difference between Madeline's speech and her ability to communicate in writing was painted.

But I think in the case of this author, she is actually working very carefully to ensure that her disabled characters are individuals with well-rounded characterizations and that their voices in the books are authentic. Aug 24, Peggy Lalor rated it it was amazing.

It's a great book to explain the unseen, un-talked about, consequences of brain injury and there are over 52, deaths per year, , hospitalizations, 1. All the characters came to life and were dealing with many issues that parents, siblings, friends deal with, as it happens to more than just the injured. Jun 02, Rebecca Mckenzie rated it liked it Shelves: Madeline who has suffered brain damage resulting from a bike accident is paired up with Justin whose autistic sister passed away.

This book, third in the Best Buddies series, made me smile. Madeline's view of the world, her ability to find pleasure in simple tasks, is refreshing. The problems encountered by her, and the other characters, were also written in a way that made them realistic and easy to relate to for the reader. Feb 03, Evie rated it it was amazing. This review has been hidden because it contains spoilers. To view it, click here. The story is a beautiful one which shows us the power of friendship and how some simple actions mean the world to those who love and care for you.